LAND 159 is the ADF’s Small Arms and Direct Fire Support Weapons Modernisation Program. The Program is also referred to as Lethality Systems Project or the ‘Lethality Program’. Army is the Capability Manager for LAND 159, hence the program sits in the LAND domain.

What weapons will be purchased when?

The Lethality Systems Program seeks to acquire weapon systems in three tranches as outlined below: 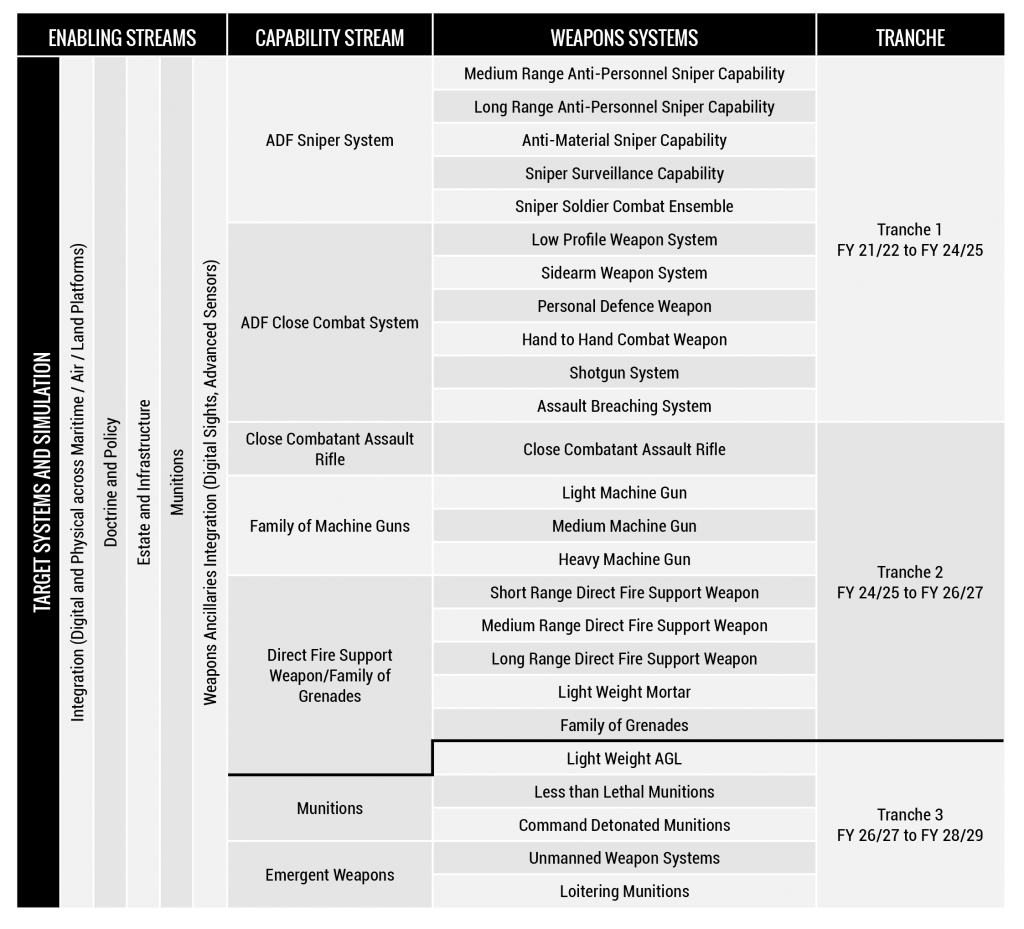 I am not partnered with NIOA. Am I therefore excluded from the program?

No, NIOA as Prime Contractor is open to working with all members of industry that wish to provide relevant capabilities to Defence.

I am not in Australia, when and where can I meet with NIOA?

NIOA will be available for meetings at DSEI, AUSA and Parari. All requests for meetings and Capability discussions can be made to the Deputy Director Lethality Program at Land159@nioa.com.au. NIOA has the ability to meet in person within the Covid 19 restrictions on Fridays at NIOA’s Canberra offices from 8.30am-5.00pm, or virtually via MS Teams. Please contact us to arrange an in-person or virtual meeting.

TRL’s are Technology Readiness Levels (or Technical Risk Levels) that indicate the level of preferred system maturity. Within the scope of the Lethality Systems Program, TRLs of less than 6 are unlikely to be regarded as sufficiently mature to enable consideration for acquisition, depending on when the acquisition and certification of the system is planned for. TRLs are defined as follows:

TRL 8: Actual system is complete and qualified through test and demonstration. The system has undergone Acceptance Test and Evaluation with a user. The system has been proven to work in its final form, under expected conditions, and is in production. It may be in use with allied forces.

What does NIOA consider to be Objective Quality Evidence?

When reviewing capabilities, product providers may be approached for Objective Quality Evidence (OQE). OQE is defined to be: